Space tourism is currently growing as SpaceX, and other independent space companies launch their own commercial spaceflights.

(Photo: Photo by Newsmakers)
Scientists at NASA said they have located the largest ozone hole ever recorded. In a report released October 3, 2000, the Goddard Space Flight Center in Greenbelt, MD said satellites have observed an 11.5 million square-mile hole, a severe thinning of Earth’s protective ozone layer, last month over Antarctica.

Their main goal is to deliver human passengers into space, even without undergoing training similar to those experienced by astronauts and cosmonauts.

Although they can’t bring them to the moon or other near planets, giving them the actual zero-gravity experience outside Earth is still quite astonishing.

However, experts are now concerned that these commercial spaceflights might worsen the existing ozone layer hole.

According to SkyNews‘ latest report, a new joint study was conducted by UCL (University College London), MIT (Massachusetts Institute of Technology), and the University of Cambridge. 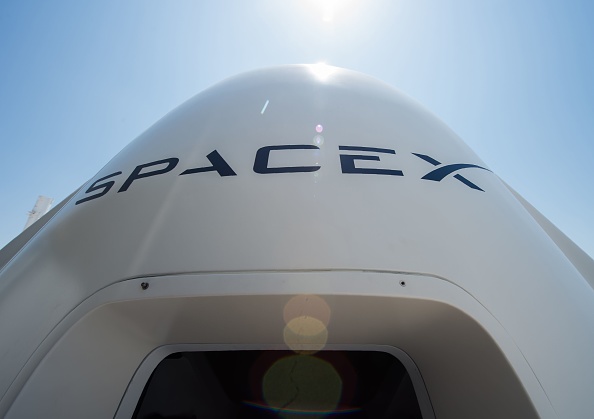 (Photo: Photo credit should read ROBYN BECK/AFP via Getty Images)
A mock up of the Crew Dragon spacecraft is displayed during a media tour of SpaceX headquarters and rocket factory on August 13, 2018 in Hawthorne, California. – SpaceX plans to use the spaceship Crew Dragon, a passenger version of the robotic Dragon cargo ship, to carry NASA astronauts to the International Space Station in 2019. (Photo by Robyn Beck / AFP)

Their latest research revealed that commercial spaceflights are further damaging the ozone layer of Earth.

Involved researchers explained that the exits and re-entries of the rockets sent by SpaceX, Virgin Galactic, and space companies retain heat 500 times the rate of other soot (a black powder consisting largely of amorphous carbon) sources.

Dr. Eloise Marais, a researcher at UCL and one of the study’s co-authors, said that spacecraft emissions are worst than the carbon emissions created by ground-based sources and normal aircraft models.

Ozone Hole Repair Efforts Could Be Put To Waste

Ever since SpaceX started the commercial spaceflight trend, Blue Origin, Virgin Galactic, and other space companies began making efforts to launch their own crewed launches.

Since commercial spaceflights are rising in numbers, scientists decided to study the data from more than 100 rockets sent into outer space since 2019, including the rockets of SpaceX and Virgin Galactic.

They discovered that these launches doubled the soot on the ozone layer in just three years. One of these reasons is the rubber in their fuel.

If commercial spaceflights continue to rise in numbers, the repair efforts made to fix the existing ozone hole might be put to waste.

You can visit the new study titled “Impact of Rocket Launch and Space Debris Air Pollutant Emissions on Stratospheric Ozone and Global Climate” to see more details about the space tourism issue.

Previously, experts claimed that Elon Musk and Jeff Bezos are not qualified to lead space tourism.

For more news updates about space tourism and other similar topics, always keep your tabs open here at TechTimes.

This article is owned by TechTimes

ⓒ 2021 TECHTIMES.com All rights reserved. Do not reproduce without permission.

Not sustainable: People won’t take even small steps to help save the planet

Bad Astronomy | Many early dark galaxies were choked with dust

Planets made of dark matter may have blown up

A month on ‘Mars’: Preparing to visit the Red Planet … on Earth

Prototype robot surgeon arm headed for ISS in 2024 • The Register

Why is Earth suddenly spinning faster and what does it mean for us?

As my son choked on bushfire smoke it was clear our...

See ringed Saturn on a clear evening in mid-August

July 4 marks the anniversary of the landmark Mars rover landing

Black - July 1, 2022
0
It was the size of a microwave oven.It weighed as much as a corgi.It traveled slower than a sloth.And as NASA's newest robotic...