A new study finds a scorching spell 1,800 years ago robbed the Colorado River of more than one-third of its water 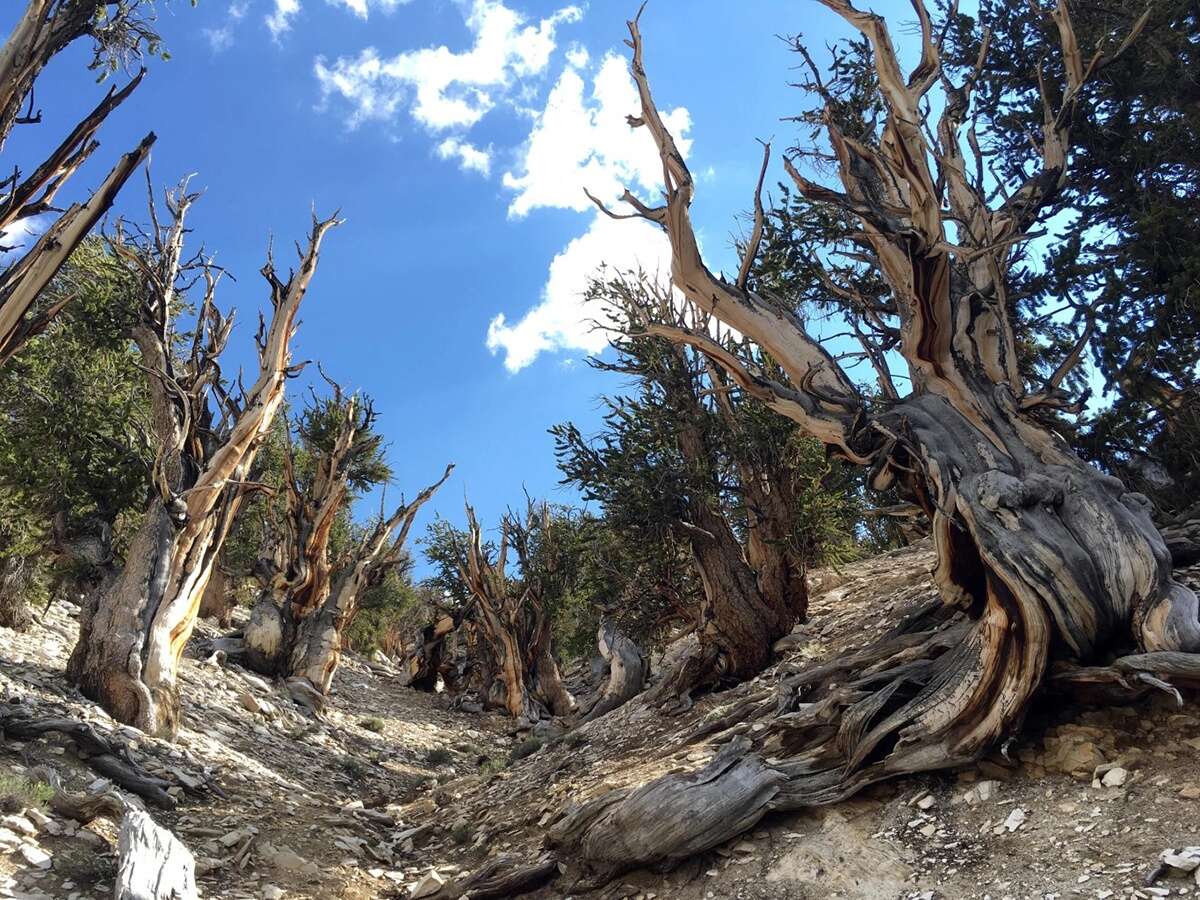 What stooped and warped sentinels in the Great Basin are telling us is a scary story, with a twist of possible redemption.

Approximately 1,800 years after popping out of the ground as seedlings, live bristlecone pines are still talking to us nearly two millennia later. They offer warnings and insight into long-term drought in the West, according to researchers from the Bureau of Reclamation and University of Arizona.

Rings from trees that were alive in the west’s Great Basin in the second century AD show a devastating 24-year drought back then that makes our current 22-year Western drought look positively moist, the research shows.

The tree rings and other evidence from caves and bogs show the drought cut 32% from the average flow of the Colorado River at Lees Ferry, in northern Arizona near the beginning of the Grand Canyon.

The drought we’re living through? It’s bad, forcing changes to water use in seven Western states. But by comparison the current drought has cut “only” 16% from recent average flows at Lees Ferry.

The reminder of past troubles “should provide information to help water managers plan for even more persistent and severe droughts than previously considered within the basin,” Bureau of Reclamation scientist Subhrendu Gangopadhyay wrote in an email.

Federal officials have already warned that ongoing drought and growing use of Colorado River water mean available flow in 2023 will be cut 2 million to 4 million acre feet for the seven states and 40 million people who rely on the river. That’s up to 25% less than normally provided for drinking water, agriculture and hydropower production, and will require both Upper Basin and Lower Basin states to plan significant cutbacks in use to meet the federal orders.

“As of around mid-April 2022, the two largest reservoirs on the Colorado River, lakes Powell and Mead, are only 24% and 32% full, respectively,” the study says.

Unfortunately, the ancient tree ring studies offer a warning that even some gully-washers in the next few years may not be enough to restore current western waters to good health, said Liz Payton, an engineer and water resources specialist on the Western Water Assessment team at University of Colorado Boulder.

Payton, who was not involved in the Bureau of Reclamation study, said the report’s tree ring data shows “multiple second century droughts are separated by just one to five above-average years, giving systems very little opportunity to recover before being slammed again.”

Water stored in soils, groundwater, lakes, and reservoirs “would not be fully replenished in those brief periods, and the sequences might be experienced as a much longer-term drought” than the two-plus decades delineated 1,800 years ago, she said.

The past tree ring wisdom comes from two live trees, and more than 60 that are dead now but were alive during some part of the second century. Combined with other recent reports on western megadroughts dating back hundreds of years, the tree rings indicate the catastrophic events are regular, go on for decades, and could be amplified by industrial global warming.

“Megadroughts happened naturally in the past, before elevated greenhouse gases. It’s kind of scary that the West may have slipped into a new megadrought that might have happened anyway, but is now made worse because of greenhouse gas forcing,” said Edward Cook, a dendrochronologist at Columbia University who was not a co-author of the study.

If nothing else, you can take away from that the word “dendrochronologist,” which translates as “those who study tree rings and struggle to remain optimistic.”

University of Arizona professor Connie Woodhouse, a study co-author, struggled a bit to find a glimmer of encouragement from their look into old tree rings. But she did come up with something: The fact that some trees from that long-ago drought are still growing, and that others thrived for a long time past the worst of it 18 centuries ago.

“In spite of the persistent and severe drought,” she said, “we do show that at least some trees were able to survive through these extreme conditions, a testament to the capacity of trees to withstand drought.”

The Colorado Sun is a reader-supported, nonpartisan news organization dedicated to covering Colorado issues. To learn more, go to coloradosun.com.

Incentives for biking are missing from the climate deal

Signs your well may be running dry during Maine’s drought

A new storm is brewing in struggle over climate change: homeowner’s insurance

How gardeners can help wildlife through summer and beyond

Black - June 25, 2022
0
California's record wildfire season two years ago dished up some of the worst and most memorable air pollution in modern times - the...
Environment

Call for hippos to join list of world’s most endangered animals...

Black - August 2, 2022
0
Hippos could be added to the list of the world's most endangered animals because of dwindling populations caused by the climate crisis, poaching and...