What do eccentric visionary Elon Musk and celebrity rapper Nick Cannon have in common?

Well, it’s not their fashion sense.

It was revealed this week that Elon Musk and Shivon Zilis, an executive at one of Musk’s companies, welcomed twins into the world last year.

For Musk – those are his eighth and ninth living children with three different women. (Tragically, his first child died of sudden infant death syndrome at 10-weeks-old)

The billionaire seemingly confirmed the news on Twitter by tweeting ‘Doing my best to help the underpopulation crisis. A collapsing birth rate is the biggest danger civilization faces by far.’

‘I hope you have big families and congrats to those who already do,’ he added.

None other than Mariah Carey’s ex-husband and serial sperm donor, Nick Cannon, who has also proudly fathered multiple children with multiple women.

‘Right there with you my Brother!’ Cannon tweeted.

Musk quickly responded: ‘Congrats on your family! We must expand scope & scale of consciousness for civilization to flourish & understand nature of Universe. Consciousness resides most strongly in humans, therefore we need more people!’

What the heck is going on here?

This may be the creepiest tag team tweet thread in history.

I don’t care how many times Musk eviscerates cancel culture and wokeism.

I don’t care that he is ‘supposedly’ buying Twitter to save it from the bots and thought-police, or colonizing Mars to save the human race.

This is flat out weird.

If you look at the timeline of the births of Musk’s children, you’ll see he had a son with singer Grimes in May 2020, then twins with Zilis in November 2021, and then a daughter via surrogate with Grimes in December 2021.

So, he apparently had simultaneous pregnancies going on.

Cannon fathered four babies in a year’s time and then jokingly referred to his manner of procreation as akin to a ‘seahorse’.

(If you don’t know how a seahorse procreates – Google it)

This ‘impregnate the planet’ mentality is creepy and comes off like the actions of a cult leader more than an altruistic person who wants to expand their family and save the planet.

Elon is the wealthiest man on the planet, he certainly can largely do whatever he wants, whenever he wants, however he wants, but don’t for a minute think that ordinary Americans relate to this at all.

While Americans are trying to figure out how to pay for gas and groceries, the average cost of a surrogate can range from $90,000 to $130,000 depending on the individual arrangements.

Musk may have the resources to support three families, but obviously most do not. 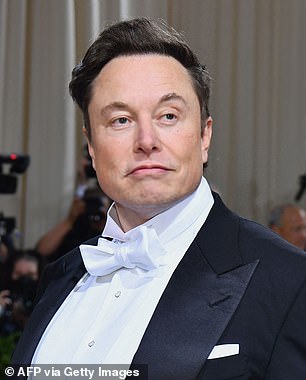 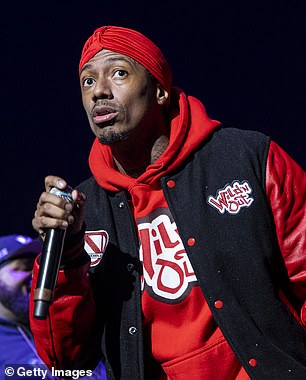 The billionaire seemingly confirmed the news on Twitter. Well, guess who responded? None other than Mariah Carey’s ex-husband and serial sperm donor, Nick Cannon (right), who has also proudly fathered multiple children with multiple women.

On later on Friday, Musk was tweeting again and hedging – if only slightly:

‘Kids are worth it if at all possible. I’m planning to increase childcare benefits at my companies significantly…’ he wrote.

Let’s get one thing straight – Musk is no role model.

What he decides to do with his sperm, surrogates and employees is his choice.

Who one chooses to procreate with, how many children they decide to have, and how they decide to raise a family, if at all, is arguably the most personal and life-changing decision anyone can make.

At least, it certainly has been for me.

But don’t mistake Musk’s strange take to represent the very classic, conservative, pro-family arguments about the need to have large family.

What he’s missing is the emphasis on the family unit.

Meaning — one baby mama, one marriage, with a lot of children living under one roof.

The bar for bringing a new life into the world should not be ‘if at all possible.’ 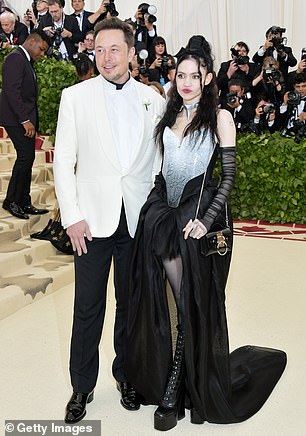 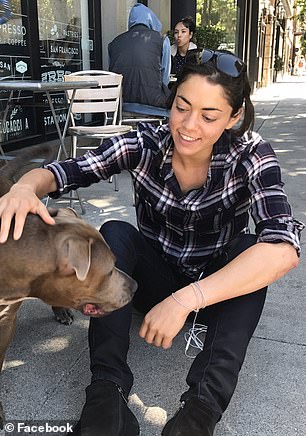 Musk had a son with singer Grimes (left) in May 2020, then twins with Zilis (right) in November 2021, and then a daughter via surrogate with Grimes in December 2021

How about? If you have the ability to nurture another human being in a loving home then you should have a child.

Lastly, there is also a subtle shame factor in what Musk is saying.

That if we all don’t have as many children as our bodies are capable of, we are not addressing some existential crisis of population decline.

It all feels very impersonal, fatalistic, and dystopian.

Either we act like emotional rabbits and repopulate the planet or face a dire peril.

No one could possibly negate the fact that Elon Musk is a genius, but geniuses don’t have the answers to all of life’s problems.

Especially geniuses who can afford to hire all the surrogates and childcare experts in the world and for whom money will never be an issue.

The very premise of his argument that we need to have as many children as possible is flawed and unrealistic.

I continue to be skeptical of Musk and his intentions in general, as I am with anyone who claims to be coming to save us.

In fact, by the day, he is sounding more and more like some type of false messiah.

Even his earth-shattering bid to purchase Twitter and save free speech is looking more uncertain.

He is an eccentric billionaire who leads an entirely different kind of life than any of us can fathom.

Yes, if you are willing and able, have as many children as possible. But not because Elon Musk says so.

The Dusty Days of Summer on Mars

Spongebob and Patrick Spill the Barnacles on the Amazing and New SpongeBob Universe at SDCC 2022!

Dark Matter From 12 Billion Years Ago Mapped Through Warped Spacetime

What You Need to Kow

Why It Took Grit—and Luck—to Trace the Parade Massacre Gun to...

Hearing looks to map out future for Treasure Island 

Sizing Up Last Year’s Eruption in the Canary Islands