ST. GEORGE — Rockville is known for its beauty and peaceful charm. But an increase in loud outdoor parties and their potential health hazard has some Rockville residents urging officials to tighten the town’s noise ordinances.

Rockville Commission Chairman Jane Brennan said they are holding a public hearing Tuesday, June 12 to gather input from the community. The proposed changes to the ordinance are listed on the town’s website.

“Loud uncontrolled noise is impacting many residents of Rockville,” Michael Behling, longtime resident, said. “The current noise ordinance relating to creating a nuisance is totally subjective and not based on science. It leaves out long periods where noise can occur at unlimited levels, fails to define loud noise, and is up to the evaluator on what is considered excessive. The current ordinance does not deter individuals who would come to our area to become violent and create mayhem.”

“While I can’t say there are more parties this year as opposed to years past, there has been an increase in neighbor reports and this proposed ordinance change hopefully addresses our neighbors’ concerns,” Brennan said.

Behling said he had kept track of the number of outdoor events in Rockville that have been increasing. He said in 2020, he only heard one loud party, then in 2021, he counted 13 noisy events. And as of July 3, 2022, Behling has logged 18 of these types of events. He said there were more parties in 2020 but that those gatherings were not a problem like they have been since then. In 2020, a more aggressive management team hired by a land owner helped control the sound levels on property rented out. Behling speculated that the number of parties would possibly rise from 18 to up to 40 by year’s end.

Behling used a sound level meter that was in real-time to measure the noise. The numbers showed high levels of sound.

“What is most noticeable is yelling, screaming and the level of the bass,” Behling said. “The recent parties often start about 8 pm and finish by 10:30 pm; some have gone to 3 am”

He measured sound levels on his property with costly calibrated and certified instruments that integrate and average data, show loud noise would exceed Springdale’s and many other county and city ordinances across the nation. Behling said he also had written witness statements reaffirming his observations about the Rockville area parties.

“The noise is audible from Grafton Road, Grafton at the Hall and Grafton Pipeline 14-inch valve, Two Feathers Ranch, Lewis, Cox, Sanchez and my property,” Behling said. “And properties west of me and property once owned by Sherry Teresa.”

While Behling is glad Rockville has a sound ordinance, he wants them to put more teeth into it to protect the residents’ property and because it’s a potential health hazard. Behling’s career was as an industrial hygienist for the Occupational Safety Health Administration (OSHA), Department of Energy (DOE) and Department of Defense (DOD). He has conducted at least a thousand noise surveys and is knowledgeable about noise assessment and its control.

His experience includes evaluating parties at the clubs in Las Vegas, and most of the parties exceeded the OSHA and American Conference of Governmental Industrial Hygienists (ACGIH) standards. The clubs had to implement hearing conservation programs, engineering and administrative controls, Permissible Exposure Limit, hearing tests and training. It was common to measure levels at the source, which causes permanent hearing loss in one hour.

“I suspect some of the levels at parties and events here are at those levels and those at the source may have experienced permanent hearing loss,” Behling said. “We are not just talking about a nuisance, but a health hazard for employees, partiers, contractors and some close-by residents.”

Landowners to Behling’s east, north and west provide the electric plug, toilet, infrastructure, land and consultation/management teams. Property managers oversee that attendees don’t damage the property. The promoters are putting on an event sub-contract for the services of DJs, bands, lights, dance floors, transportation, etc. But he said there is little noticeable security at these parties to control the noise level to healthy levels.

Behling states that DJs and the bands are the problem and create the party atmosphere by getting the attendees to yell, scream, sing and choose the type of music, some with a lot of bass.

In addition to the revision of the noise control ordinance, he urges the planning commission to establish a new rule that licenses the DJs and bands as they do business in town. He also wants Rockville to develop and implement a disciplinary policy.

“If a lot of noise complaints occur, consider some type of action to change their behavior,” he said.

Behling is concerned about possible drug use at these events as well. He said the parties, sometimes called raves, could happen any time of the day or night.

“If you are sitting there listening to them like I do day after day, and I listen to the DJs, they have a public address system, and they are gooding the parters, making them yell, making them scream, making them sing. They bring all of that emotion out,” Behling said. “These parts are intense. These are not your father’s party. Some of these people are into it so much I wondered if they were doing some drugs.”

While most of the people who come to these parties are law-abiding, he cautioned some individuals are not.

“Some of the parties in my area have been rave-like. I can’t prove the illegal drug use, as ravers take the drugs off-site and come to the parties,” Behling said. “The local police think raves aren’t occurring here, but I have not been able to get them to attend one. So how do they actually know?”

In an Arizona university study, Behling cited, raves are defined and a section on violence at these parties is presented. The study also states the principal rave-related concerns for police are:

Behling said a progressive noise ordinance and other regulations addressing parties might discourage and deter promoters and the attendance of this type of individual.

Additionally, trespass and vandalism are becoming more common on his property due to the parties. The destruction caused has cost him almost $1,000 in damage to his machines, sprinkler pipes, etc.

“We’ve had to completely change our lifestyle with a locked gate, which must be manually opened and closed for entrance and exit of us and our visitors,” Behling said. “We have had to spend hundreds of dollars for security equipment and time. We are in favor of any ordinance which addresses the issue and lessens its impact on us.”

Some of the damages to Behling’s property include debris dumped into his tractor fuel tanks. It took several hours to clean the inside of the tanks. Also, a nearby landowner contractor recently ran over his sign and it was buried in a foot of concrete. 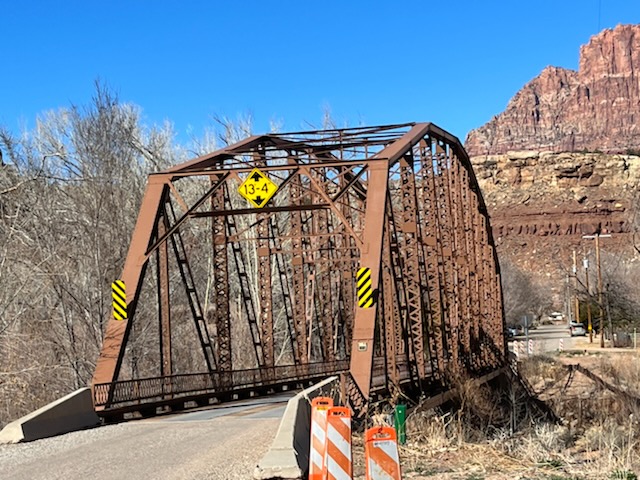 The Rockville Bridge spans the east fork of the Virgin River was built for the National Park Service in 1924 to provide a link between Zion National Park and the North Rim of the Grand Canyon National Park, Rockville, Utah | Photo provided by Loren Webb, St. George News 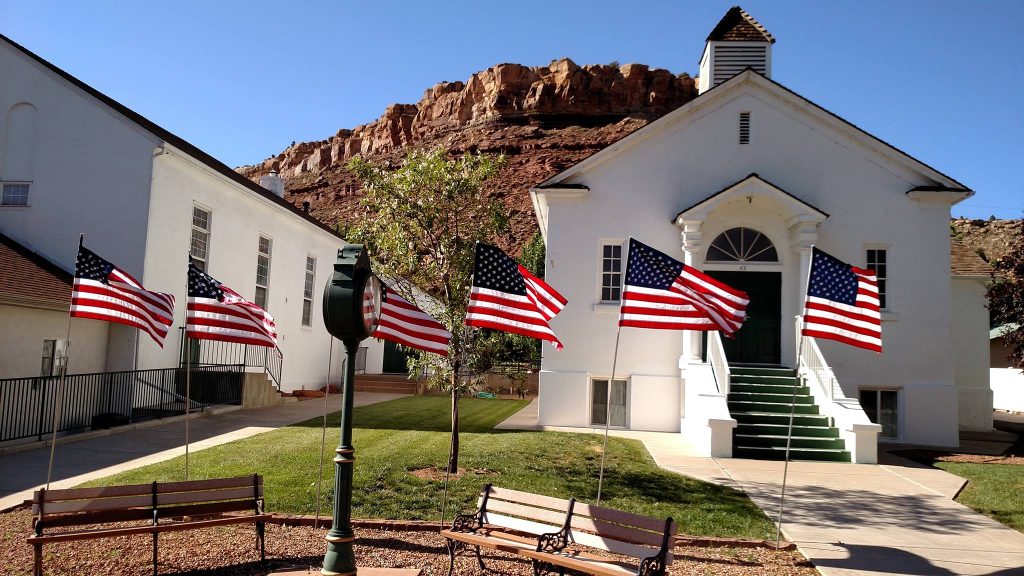 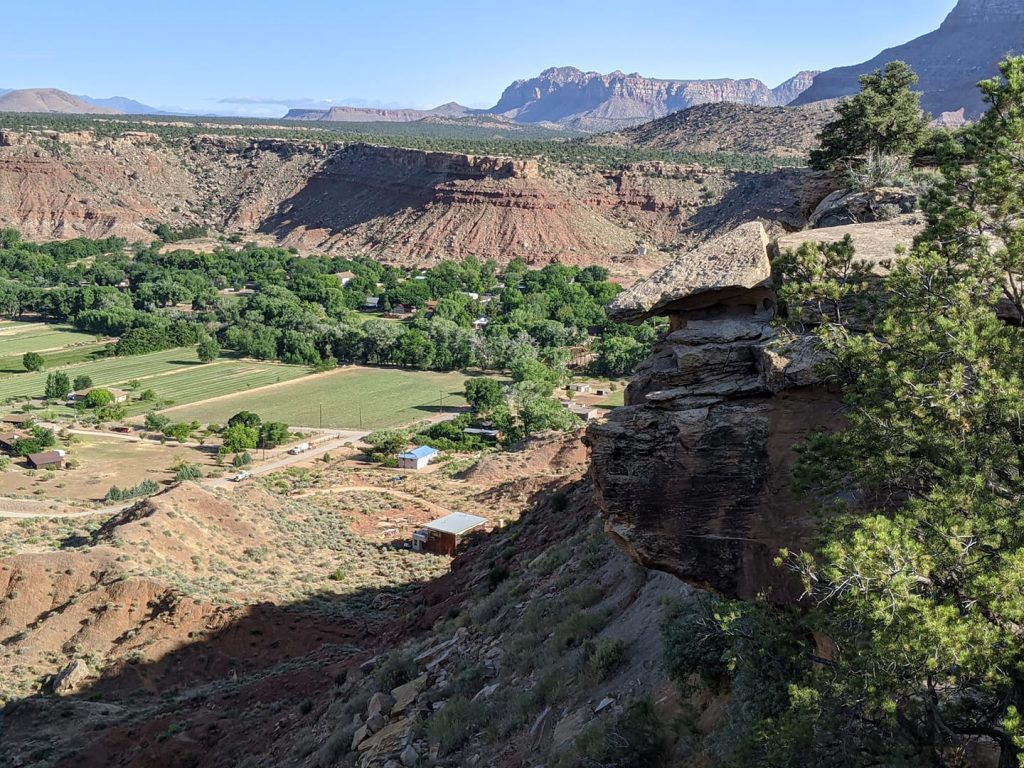 Stephanie DeGraw is an award-winning journalist. For 25 years, she engaged in journalism, broadcasting and public relations. DeGraw worked for the Salt Lake Tribune, Associated Press and The City Journals. She was a reporter for a CBS television station in Twin Falls, Idaho. She graduated from Weber State University with a Bachelor’s Degree in Journalism and Broadcasting.

Toxic pollution in the Great Lakes remains a colossal problem

Warning UK must brace itself for more drought, heat and fire

AP-NORC poll: Many in US doubt their own impact on climate

Is it Possible to Bring Back Extinct Animal Species?

7 recommendations for reducing the environmental impact of your diet

The Trump ally decided he was ‘above the law’

Viewer’s guide for this year’s World Cup in Qatar

My boyfriend gave me a list of all the things he...

Black - June 30, 2022
0
Claims about plastic packaging being eco-friendly made by big brands, including Coca Cola and Unilever, are misleading greenwashing, according to a report.The Changing...
Environment