Astonishing video of garbos dumping recycling and rubbish into the same truck has been defended by the area’s mayor, who said the practice had gone on for more than 10 years.

Residents from Canterbury-Bankstown, in sydney‘s inner west, shared shocking photos and videos of recycling and rubbish bins being tipped into the same truck on social media.

The footage appeared to show some householders’ careful efforts to recycle for the sake of the environment was a waste of time.

But behind the images is a long-running stoush between councils and garbos over the safety, costs and timing of recycling and rubbish collection.

Residents from Canterbury-Bankstown, in Sydney’s inner west, shared shocking photos and videos of recycling and rubbish bins being tipped into the same truck on social media

The Canterbury-Bankstown area is home to over 360,000 residents.

A leading figure in waste collection said the same practices could also be happening in 12 different council areas.

An angry woman who posted the photos in an Earlwood community page wrote ‘WTF’.

‘So tell me Canterbury-Bankstown Council, why am I separating my recycling from my general waste when you come along and just mix it all up again?’

Other residents noted they’d seen the practice, too.

‘This was happening for ages so I complained to council and it stopped for a month or so – looks like they’re back into it,’ another woman replied. 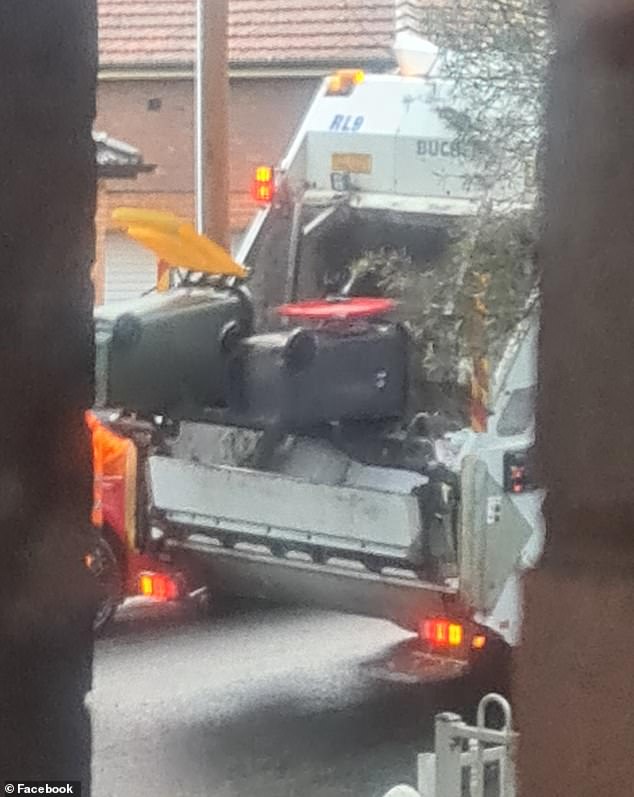 The area’s mayor raised eyebrows with his excuse when one local contacted him to ask why this was happening.

‘Just so you know this is not a new issue and has been the practice in Earlwood for over a decade,’ Mayor Khal Asfour told the resident in a message.

‘The simple facts of the matter are the streets are too narrow for our regular side-loader trucks to operate.

‘There is no room to turn around and we are forced to send in rear-loading trucks manned by two employees.’

‘That’s outrageous! He’s just so jaded about it, too. Happy to charge people for the bins, not bothered to work it properly.’

Another resident didn’t buy the excuse at all, saying separate side-loader trucks – one for red bins and one for yellow – manage to navigate her narrow street and collect residents’ bins.

‘I live in a very narrow dead-end street in Earlwood with only 13 houses. It’s only wide enough for one car to park on one side of the road with just enough room for another vehicle to pass.

The boss of the Australian Council of Recycling, Suzanne Toumbourou, said the images are ‘jaw dropping’ and hurt the public’s opinion of recycling.

‘We’ve worked so hard to recycle right [and] these kind of images very much undermine the confidence we need from community,’ she said.

‘We’d really like to see that particular local government do a better job of managing community expectations and delivering strong recycling outcomes.’ 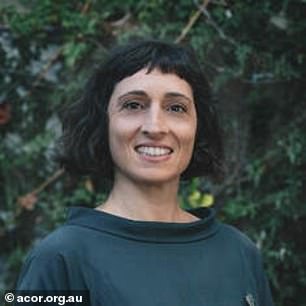 The boss of the Australian Council of Recycling, Suzanne Toumbourou, said the images are ‘jaw dropping’ and hurt the public’s opinion of recycling

‘It is working in Australia, it results in valuable bales of recycled material that can be resold in the market… there might be outliers not doing the right thing, but we are on a great trajectory as a recycling country.’

But waste collectors claim the practice shown in the photos and video happens because of pressure from councils and the public to run low-cost collection services and to get in and out of streets quickly so traffic isn’t blocked.

Tony Khoury, boss of the Waste Contractors and Recycling Association said recycling collection is ‘part of an issue we’ve been fighting for 20 years’.

He confirmed side-loading trucks can’t fit down many Sydney streets.

Rear-lift trucks are needed for those locations, which use two runners behind to empty bins and keep an eye out.

But that system is notoriously slow and expensive.

All-up rear-lifters ‘cost 900 per cent more’ to operate than side-loaders, Mr Khoury said, so many councils opt to use just one truck to keep costs down.

When they do that, the contents of the yellow and red bin are collected together.

Mr Khoury said one truck to collect all rubbish is the ‘safest outcome’ in narrow streets, because bringing in two trucks would cause clashes with the public. 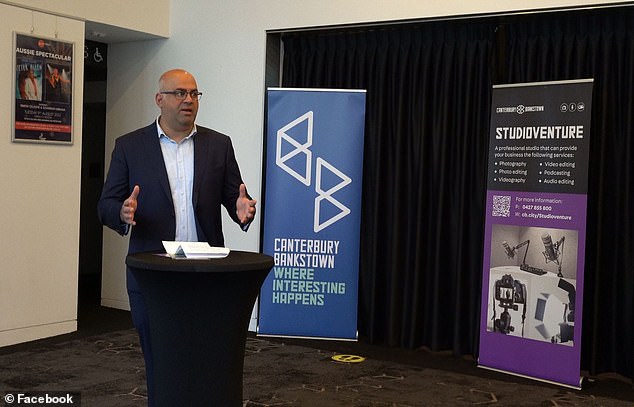 That means trucks can end up blocking householders trying to get out of their street to drop kids at school and get to work.

This only happens, he claims, because councils want rubbish collected after 5am to minimize noise complaints.

‘To minimize the abuse that the driver and runner gets and to minimize health and safety implications the decision is made to use one truck … it’s the safest possible outcome.’

He pointed to the example of a northern beaches grandmother, Hane Mathieson, 58, who was run over and killed by a reversing garbage truck while talking her grandson on a morning walk in 2018.

At the time, Mr Khoury’s organization lobbied to try and change the times they pick up rubbish.

He said recycling as much as possible can’t be the only consideration.

‘We need a balance of everything,’ he said, ‘it can’t just be the best resource recovery outcomes, we need good productivity and safety outcomes for the public and workers.’

‘I want to stress that this is not happening across the city, but in a handful of hard-to-access streets.

‘This is about public safety, and our larger trucks accessing narrow streets with cars parked either side.

‘In some instances, residents asked council to install no parking signs so trucks could have proper access and in other cases, residents wheeled bins to the end of their street.

‘Obviously there are still some problematic locations and if the review means changes have got to be made, I’ll move heaven and earth to sort this out.’

This distant planet’s strange orbit points to a violent and chaotic...

Former coal town comes together in face of Kentucky floods

Dead solar panels are about to become a lot more valuable

If this is Idaho’s response to federal lawsuit over abortion ban,...

Democrats nominate candidates for every statewide office — except attorney general;...

Black - August 4, 2022
0
Billions of dollars in climate and environment investments could flow to communities in the United States that have been plagued by pollution and climate...
Environment

Black - July 14, 2022
0
Some cities and towns in New Hampshire are imposing water restrictions in an effort to help with conservation as a moderate drought is...